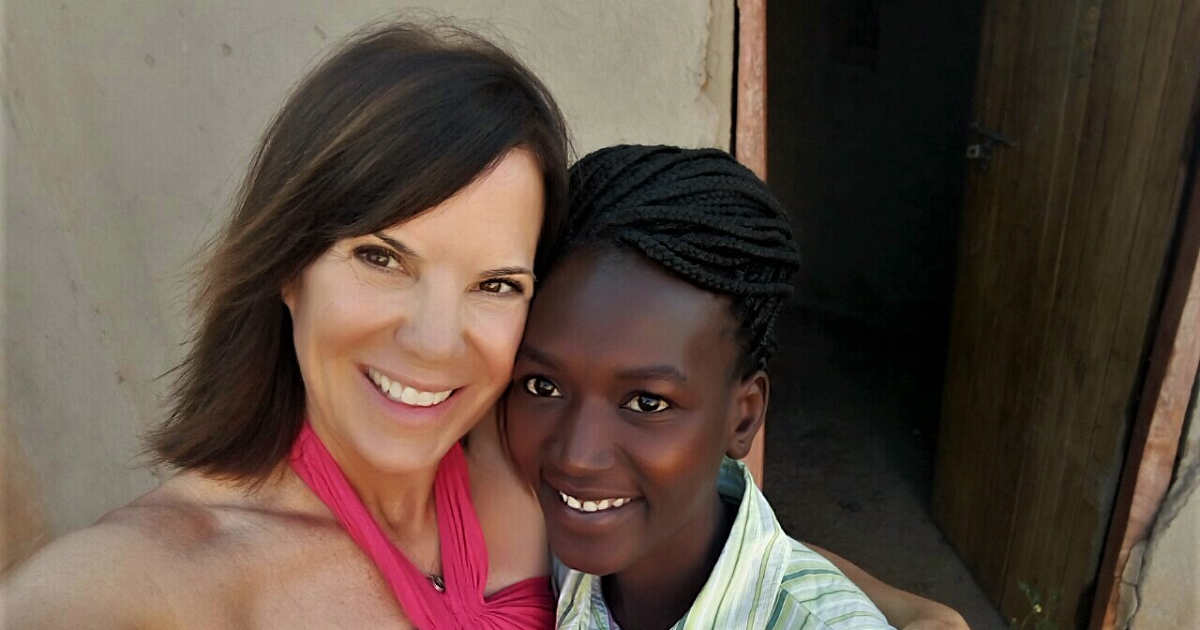 In January 2015, I was invited by Dr. Susan Gazda, co-founder of Hope for Humans, to tag along with her and her camera crew, led by Tiff Gravel, while they filmed a documentary on Nodding Syndrome.*  Having followed the plight of the Invisible Children, I was curious and eager to visit Northern Uganda, to see for myself and learn more about the war between the Lord Resistance Army and President Yoweri Museveni. Beginning in 1986, the conflict lasted more 2 decades, led to the abduction of more than 60,000 children, killed tens of thousands of people and displaced millions.** 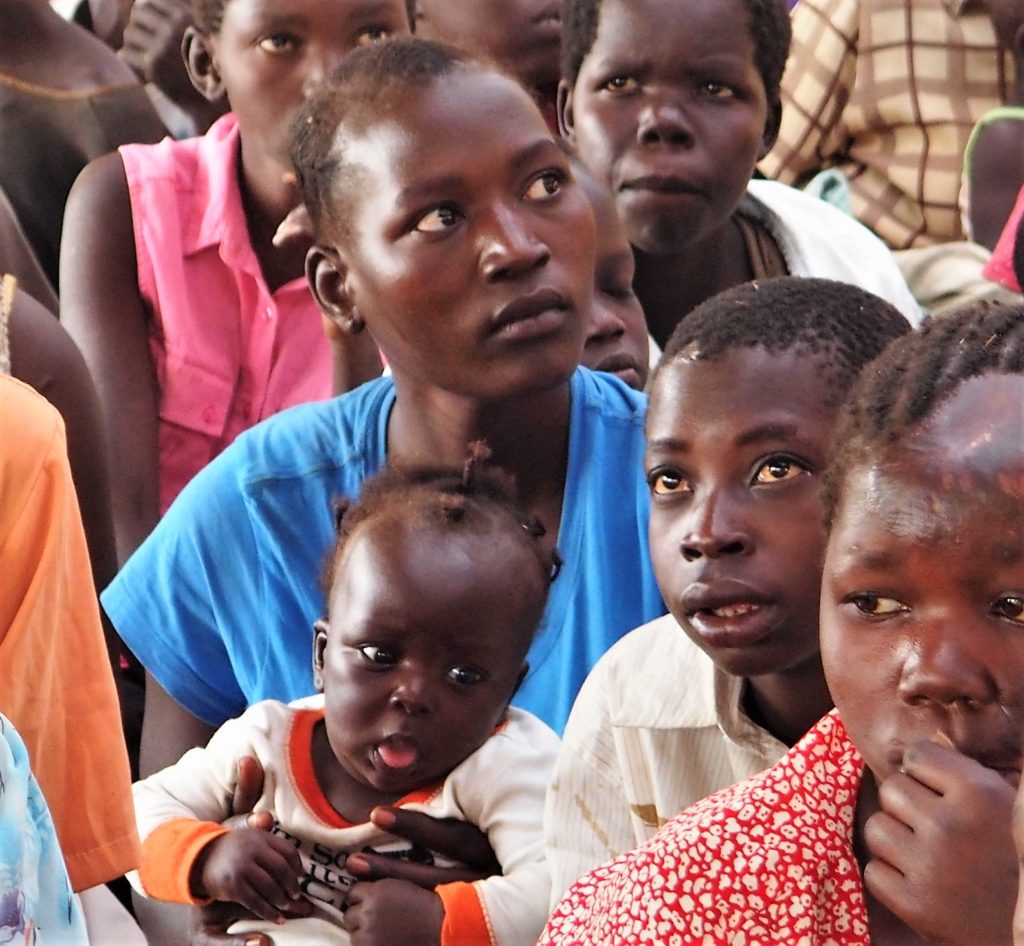 We spent three weeks visiting the different villages of Acholiland – Pader, Kitgum, Okidi, Odek – meeting both the children who were plagued by Nodding, and their caretakers. It was at a town hall meeting on January 6 that I first encountered a young girl named Sharon. I was immediately drawn to her. Aside from her beauty, she looked as though she carried the weight of the entire world on her shoulders. Thinking she was too young for such a heavy burden, I was intrigued.

As the meeting wrapped-up, I heard someone say, “Auntie can I please talk to you?” Without waiting for a reply, this village girl quickly explained in perfect English that both of her parents suffered from poor eye-sight – her mother not completely blind – and her brother was a victim of Nodding.  As the oldest (the first-born sibling had died), it was her responsible to help provide for her family. She told me she had attended school but had recently dropped out due to lack of money, and to take care of her baby.  She then mustered up the courage to ask a complete stranger to help cover the cost of her school fees. She wanted to complete her education so that she could get a job and be able to financially provide for her family.

A sucker for any village kid who speaks perfect English, I gave her my number without hesitation, telling her to research a few schools and get back to me.

Months passed before hearing from this girl, until one day I received a text: School starts on Monday and please send 800,000 UGX ($225) to cover my school fees to this number. And BTW this Sharon from Kitgum.

On blind faith, I sent her the money. 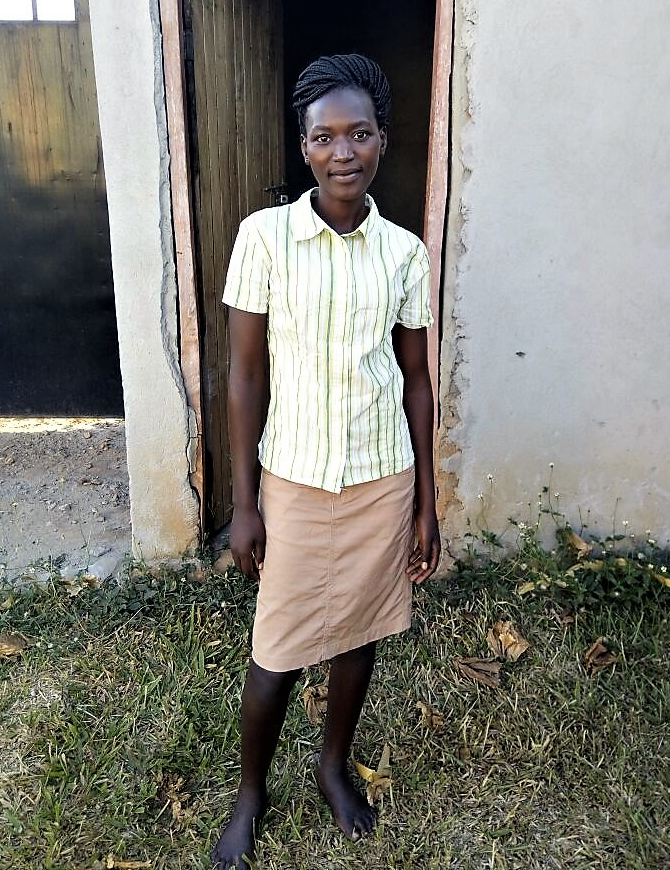 Having not seen Sharon since our first encounter, we finally reunited on my last trip to Uganda when she came to visit me in Kigumba. I was so excited to spend time with her and to get to know her better. I never imagined that this young lady would turn out to be one of the most exceptional people I would ever have the honor of meeting.

Over the course of the weekend I learned that because of me, she is the first of her friends to ever leave Kitgum, to finish secondary school, and have the opportunity to go to university.

She told me about her 2-year-old son, who I was curious about. She and the baby’s father had been together for more than 3 years and planned to marry. But a year ago, a clan leader got the idea that the two were related … though they are not.


Clan rules states that no two people from the same family can be together. Even though the leaders would not provide proof to back-up their allegations, Sharon and her boyfriend were forced to break up.  The father was told to forget about Sharon and his son, and to abolish financial responsibility to the child – leaving Sharon as the sole caretaker. As my friend Geoffrey, aka “The Lion,” says, don’t get involved in clan business.

Sharon is eager to leave Kitgum and explore life away from the village. She wants to go on to university to become a teacher. Sharon is one of the most kind, considerate, appreciative, curious, responsible, independent, open-minded, people I have had the pleasure of knowing. Top in her class, a forward thinker with real leadership quality – I am certain she is going to be an extraordinary teacher one day.

I am so thankful that she found the nerve to approach me that day, and I am able to play a small role in helping her achieve her dreams. I am so proud of what Sharon has accomplished so far and I am honored to call her my friend. I envision our journey coming full circle sometime in the future when I have the privilege of welcoming her as head mistress at our inaugural school in Kigumba.

If you would like to help a young person fulfill their potential by sending them to school, please contact us to discuss possible sponsorship of a child we have identified as extraordinary.

To learn more about Hope for Humans and Nodding Syndrome click here. 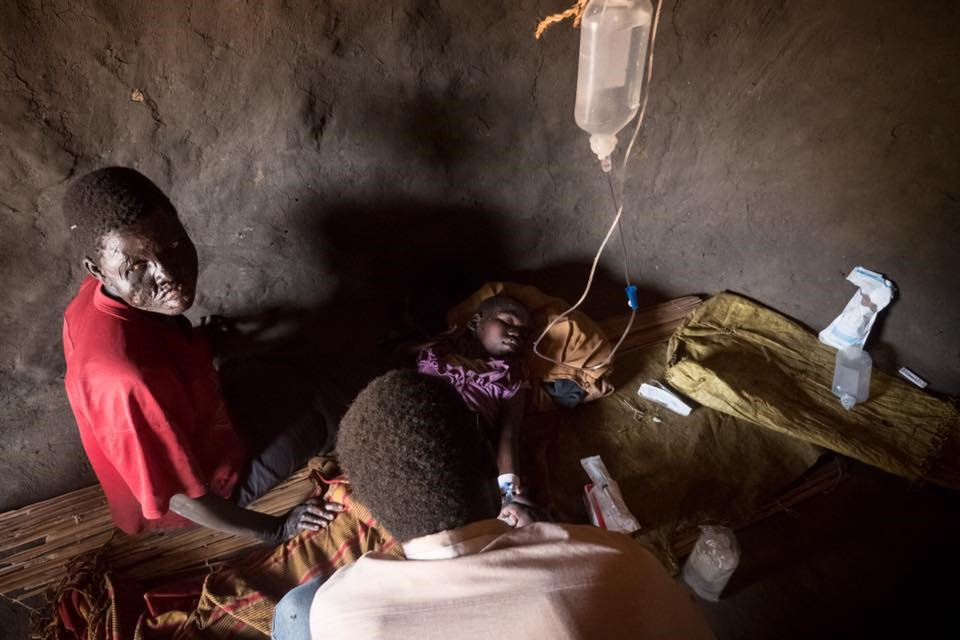 *Nodding Syndrome is a mysterious disease affecting the brain and nervous system of children in Uganda, Sudan and Tanzania. The disease is characterized by a Nodding of the head, produced by seizures, and leads to cognitive.

**The LRA began as an evolution of ‘the Holy Spirit Movement’ - a rebellion against President Yoweri’s oppression of the north of Uganda, led by Alice Lakwena. When Alice Lakwena was exiled, Joseph Kony took over, changing the name of the group to the Lord’s Resistance Army, or LRA. As the group lost regional support, he quickly started a trend of self-preservation that would come to characterize the rebel group, stealing supplies and abducting children to fill his ranks.

Unable to stop the LRA, the Ugandan government forced the Acholi people to leave their villages and enter government-run camps. At the height of the conflict, an estimated 1.8 million people lived in these camps across the region. The conditions were squalid and the camps had some of the highest mortality rates in the world with an estimated 1,000 people dying per week at one point. Malaria and AIDS have been the primary disease causes of deaths. The refugees in the camps suffered raids by both LRA and government forces.  The long civil war in the North has destroyed much of their society.

We invite you to support our efforts to bring quality early childhood education to the children living in rural Uganda. Donate Today!