Posted on December 29, 2016 by Jacqueline Wolfson

The Invisible Street Kids of Kampala

There are the visible street kids. They are ones that can be found begging on the streets of Kampala. 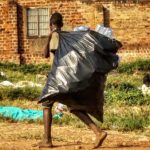 One of the boys living in Kisenyi collecting bottles to sell.

And then ---- there are the invisible street children who live within the confines of the Kisenyi Slum.

It is the invisible street kids that I had the honor of meeting and spending time with over the past few weeks.

This is their life:

The day of an invisible street kid is routine.  To survive they will collect plastic bottles and kaveras (bags) to sell, fetching 200UGX per kilos (approx. 5 cents) and scavenge for food.


But the majority of the day is spent getting high. You will find them constantly inhaling the fumes from a petrol soaked piece of cloth.  The affects of the gas can be seen on their faces and in their actions as the day progresses. Their eyes grow heavy, they stare off into space, and their bodies sway back and forth as if their favorite song is playing in their head. 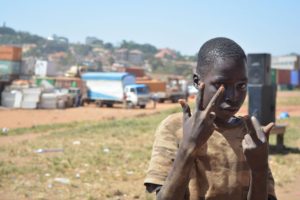 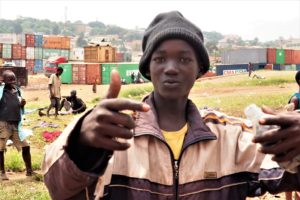 As the daylight passes, they vanish as quickly as they emerged.  The affects of the constant inhalation of fumes allows them to drift into a deep sleep.  They find refugee within or under an abandoned container, inside a makeshift house constructed out of tossed away tarps, or under any source of shade.

The majority of kids leave home because a parent dies, deserts them, or they are forced to endure horrible physical and mental abuse. They take to the streets in hopes of a better life. However, they quickly learn, life on the streets in many cases is, more difficult then the life they've left behind. 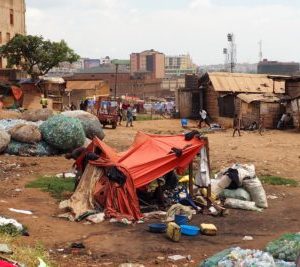 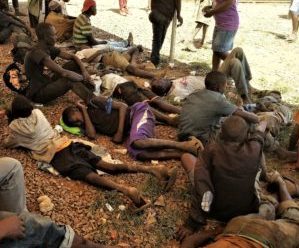 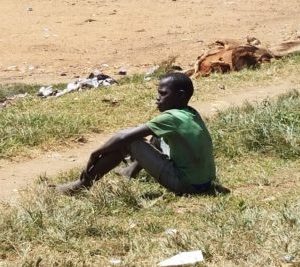 Street kids live a life of isolation though their are many, disregarded as if they are trash --- especially by those who are suppose to protect them---there is no love, no human contact, yet there is a semblance of order and rule among them. There is a sadness within each and every one of them, like I have never seen before.  Their days are spent idle, time just passing them by. 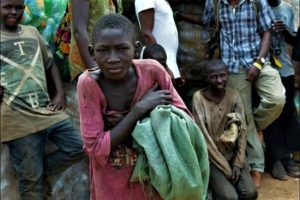 Hassan left home at 12 and been living on the streets of Kisenyi Slum for over a year. Photo by Jackie Katanga - Click on the image to read his story.

When shown an act of kindness, no matter how insignificant it may seem to us, their faces light up like the sun.

As in the case with Hassan. This boy first captured my attention, back in September, when a friend sent me a photo of him. Unable to get this imagine out of my mind--I was determined to find him--and I did.

At one point during the day, I shared with him my Novida.  When I handed it to him he looked confused. I then stepped away and watched from afar.  At first he just shook it, then drank some, giving the remainder to a friend.  Afterwards, he came over, thanked me, and proceeded to wrap his arms around my waist, squeezing me as tight as he could.  The only thing I could think to do was hug him back.

Though the majority of the kids expressed that they wanted to go home. I would never of guessed that when asking  them, to name the one thing they wanted most, many said, "I want to go back to school."

These children's faces and stories will stay with me forever.

As someone who believes that a quality education has the power to transform lives. It is for them and the children living in rural villages, both whom are denied access to a life altering education, that Shule is more determined then ever to succeed.

To support our efforts to build top-tier international schools in rural village across Africa click here to DONATE.