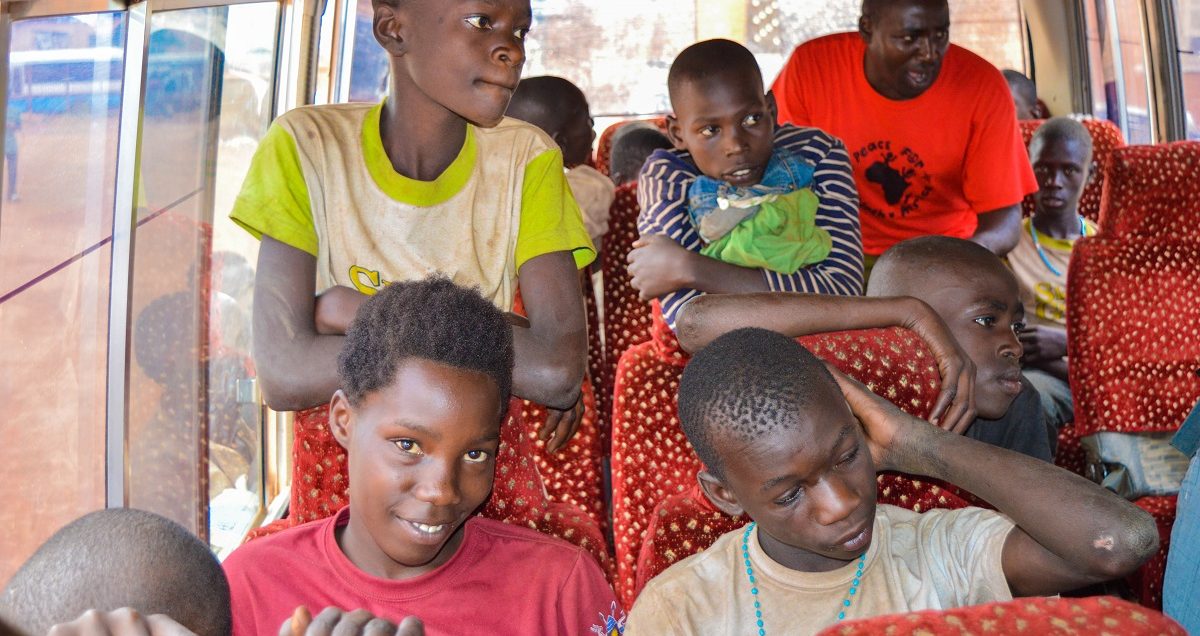 When we began the Watoto Mtaani Project, I knew it wasn't going to be easy and I’ve known that I wouldn’t be able to save them all, but losing six was tough - especially when I’d managed to lose four in the first three weeks.

I constantly ask myself was it my fault?  Could I have done things differently?

After the kids had finished detoxing and were able to think clearly, I decided to test them.  A group of us took them to the market in Banda, gave them 20,000 UGX to buy new clothes, and told them to report back within the hour. Within minutes, the three oldest – Brian, Jimmy and Shadia took the money and ran. They ran right back to Kisenyi.  Shortly after, one of the youngest, Okello, followed suit. A week later Abdullah had returned to the street after we had taken him back to his father. And just a month ago, David left home after spending a week with his family.

These are the 6 that got away!

Brian says he’s 18 yrs old and has been living on the streets most of his life. But his grasp of the English language makes me wonder how much of his story is true. Brian is one of the smartest “street kids” I have ever met. He is articulate, quick witted, mindful, up on pop-culture and can read.  He’s also one of the most compassionate, kind, selfless young people I have ever encountered.  Whenever anyone is hurt or falls ill, it’s Brian who is there to help. 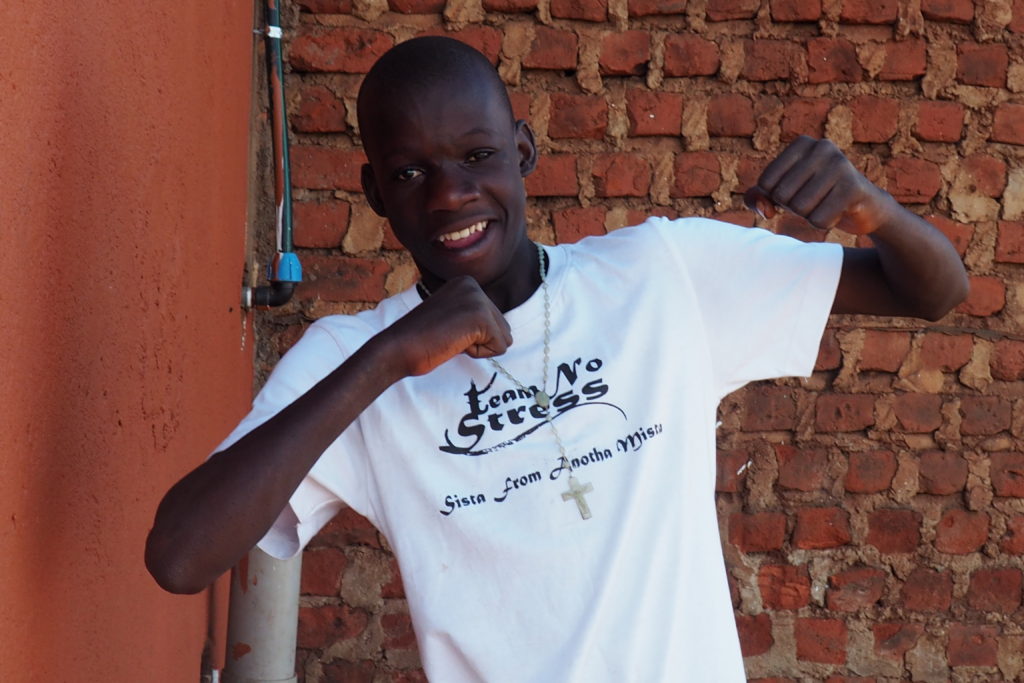 A very bright kid with the potential of a brighter future, I knew Brian was going to be complicated. He and I would joke that he would either be my greatest success or my biggest failure when it came to integrating any of these children into #streetkidsnomore. Brian knew what was at stake, so when he left it was heart-breaking.

Now when I see Brain I want to cry. He’s frail and not in his right mind. Brian is painfully aware of the huge mistake he made by leaving. Each time, he pleads with me to take him back. Though I do think about it…it can’t be until the current group is out of the house, as many of the kids don’t want him to return.  When we began, I made the kids and myself a promise, I would never sacrifice the well-being of the entire house for just one child.  So, for now, Brian must stay where he is.

Jimmy is 16yrs old and I never had the chance to know him very well. I’m not even sure how he made it on the list. But he clearly had potential and to this day we still don’t know why he ran. I saw him only once since he left, but that doesn’t stop me from thinking about him.  Sadder still, he took the space away from a child who we really could have helped.

Shadia was the only girl in the house. I will write more about her in an upcoming post, so stay tuned.

Okello at 10yrs old is a quintessential street kid. Both his parents and grandparents grew up on the street. His grandparents can still be found begging in Wandegeya, and his parents lived on the streets until their deaths. That’s where he was born and life on the streets is all Okello knows. But there was a small part of him that allowed him to want more. Okello would tell us how he wanted to be like other kids his own age. He wanted to go to school, wear nice clothes, sleep in a bed and not have to beg for food. Unfortunately, that dream wasn’t big enough to deter Okello from running back to Kisenyi the first chance he got.  I did give him a second chance against my better judgment. It ended up a wasted opportunity and harmful to the rest of the group. Within 24 hours Okello jumped the wall. and I don’t think he ever looked back 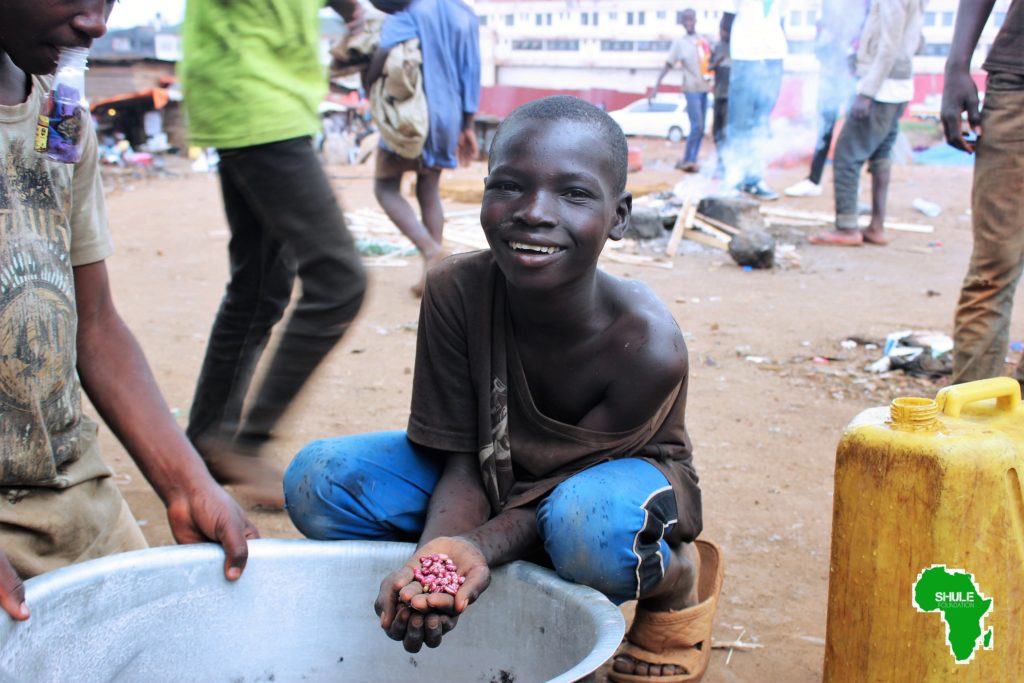 At his age, it’s impossible for Okello to really know what he wants or understand the ramifications of his actions. Part of me thinks this kid is right where he wants to be because whenever I see him, he never asks to come back and pretty much every kid wants to come live at Auntie Jackie’s house.

Abdullah is 17yrs old,  old enough to know what he wants. Within weeks of being at the house, he begged to be taken home. His dad, a mechanic, was more than willing to receive him. Excited at the thought of his son finally moving back home,  Abdullah’s dad welcomed him with open arms.  But unfortunately, Abdullah deceived us all. Within 5 days, he was back in Kisenyi, smoking pot and drinking beer, leaving not only us saddened by his choices, but breaking his father’s heart as well. 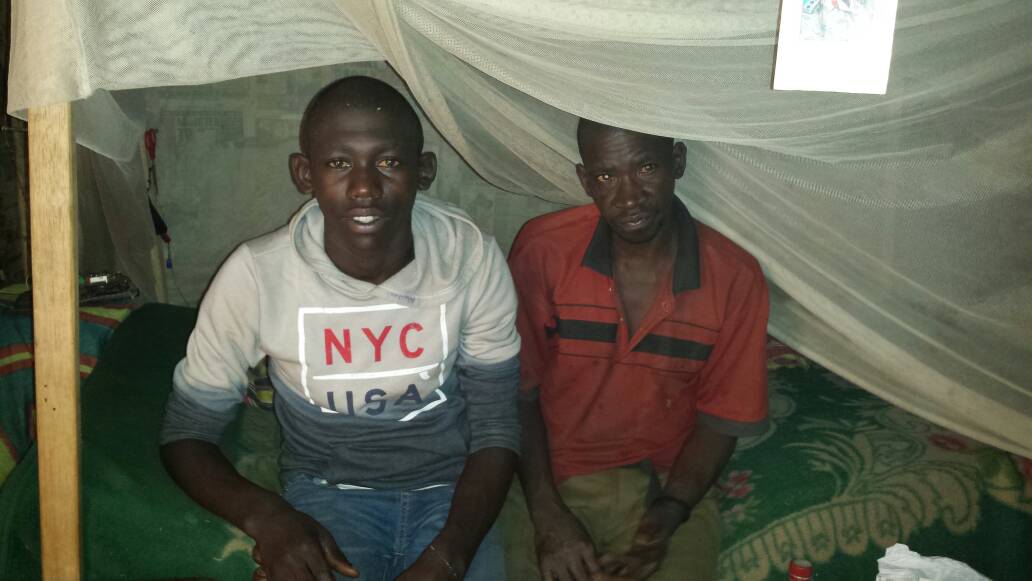 Finally, there’s David. This kid surprised everyone the day he jumped to return to Kisenyi. This boy was not part of the original group, he came weeks later.  After David had begged me to take him, I couldn’t say no. He got himself clean while still living on the streets, just to prove to me that he was ready to change. I was so impressed!

Immediately after moving in, David started asking to go home.  So, we obliged. But the night before we were scheduled to take him, he changed his mind.  We decided to make him go anyway.  As we approached his home, I made him a deal. If after seeing his family he didn’t want to stay, I would let him come back with us, and he seemed fine with this.

Starting the moment we turned down his road, his face lit up. As we approached his family’s house, he couldn’t wait to get out of the car. Greeting and hugging everyone, David seemed so happy to be home. He was overjoyed when he got to speak with his grandmother and brother on the phone.  As we prepared to leave, I asked one more time - do you want to come with us? With his killer smile, he shook his head no. 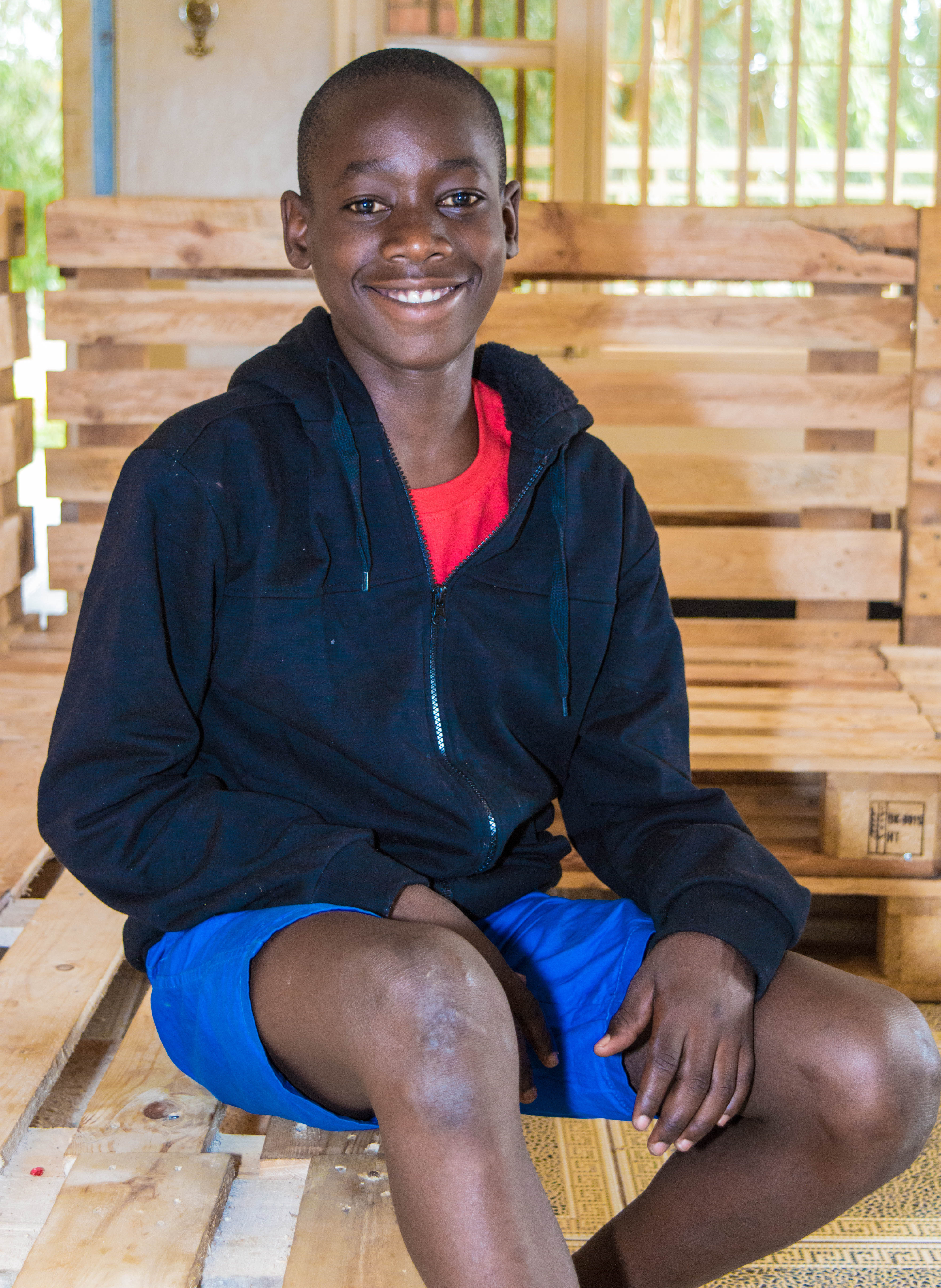 Five days passed and then David came back to us. He seemed fine. But he clearly wasn’t. A few days later, David ran back to Kisenyi.

Within minutes of finding out that David had left, we raced to Kisenyi in the hopes of getting to him before he sniffed. But we were too late. These kids are quick…within seconds of reaching the slum, they return immediately to their bad habits. They don’t seem to  think twice. We tell them over and over, once you sniff, you ruin whatever chance you might have to be able to come back to the house.

But David had worked so hard.  Once again I let the team convince me to give him another chance. This time there was a condition, his return would be temporary. After a few days,  we were to take him to live with his beloved grandmother. Even that didn’t matter as David wanted nothing to do with going home. The worst part of the entire ordeal, was when we made David call both his Auntie and Grandmother to tell them he was returning to the streets.  This kid broke three people’s hearts that day, his aunt’s, his grandmother’s and mine.

Just like Brian, David understands he made a HUGE mistake by leaving. Every time I see him, he begs to come back.  And like Brian, I consider until he tells me he will come if I buy him a bicycle. Then I know---this kid is not serious.

Every time a kid leaves, a little piece of my heart goes with them. I have grown to love these kids as if they were my own. I dread the "so-and-so ran-away" calls.  Whenever I lose a child to the street,  I become paralyzed, though I try not to show it. I can't stop asking myself "why?"

But we didn't open the center to force kids to want a better life. We opened it to help those who really want to go home and take back their childhoods.

Whenever I lose a child, I allow myself to mourn, but only for a few minutes.  I know my efforts are better served focused on the kids who want to stay, then on those who chose to leave.

As I prepare to return to Uganda to spend the holidays with the boys who are still with us… I can’t help but think of the 6 that got away.

Our first group of kids in the Watoto Mtaani Center have had so much success. Out of the 27 kids that we started with, 6 went back to the streets, 3 are living at home, 2 are in school, and 1 is starting his own business. With the remaining 18, 15 have been reunited with their families, and have spent time with them. Over the holiday, 14 of them will be going home for good.