It all started with a Ugandan child named Alex.

While volunteering at an orphanage in Iganga, Uganda, in 2008, Alex, a too timid seven-year-old, caught my attention immediately. Looking as if he had just stepped out of a Ralph Lauren ad, this young boy did not necessarily reflect the image of a quintessential African child. 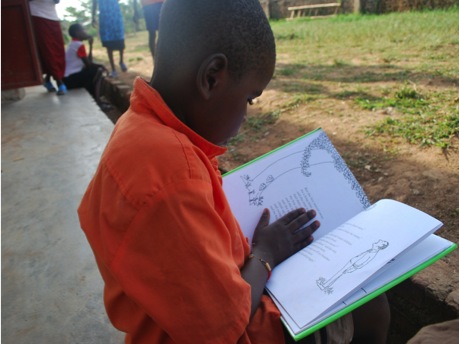 Alex and I became fast friends. Having noticed that I brought books, he asked me what my favorite book was and inquired if I had brought it with me." It is "The Giving Tree," and yes, I did," I replied. Within minutes, Alex was back at my side, book in hand, and we settled in on the grass as he began to read. Rendering me speechless as he never once hesitated on a word or looked to me for help while he read the book. Alex rarely put that book down over the following six weeks.

Remarkably bright and incredibly kind, I remember thinking that this young boy could grow-up to do tremendous things.  I honestly believe he could become president one day if he wanted. I reconnected with Alex some years later; he aspires to become an international lawyer. An aspiration I know he will achieve if he puts his mind to it. Alex will do great things. Alex's mom struggled financially. Like many parents, she made the ultimate sacrifice and left her son in the care of strangers who could better provide for him. He attended good schools, got high marks, and thrived.  Alex is one of the lucky ones.

After meeting many Alexes over the years, I began asking myself," "What will happen to those children who aren't so lucky?" Having spent the majority of my professional career making the impossible possible, I now find myself inspired to use my talents to take on the most challenging of challenges. I, along with my Ugandan colleagues, have committed to making the (seemingly) impossible possible for thousands of marginalized children living on the continent of Africa…access to quality education.

In 2016, I met another Alex, by the name of Ashraf, who left home when he was just five years old. This child spent the next seven years living on the street of one of the largest slums in Kampala. Addicted to sniffing petrol Ashraf spent his days high, scavenging for food, collecting plastic bottles and scrap metal for mere pennies. Ashraf, like Alex, is very bright.  Ashraf attended school for only two years, but reads and thinks like a child who has been in school all of his young life.

It is Ashraf who inspired me to expand Shule's vision to include helping children living on the streets.

With education being our number one priority, I invite you to join Shule in moving children off the streets and into the classroom.