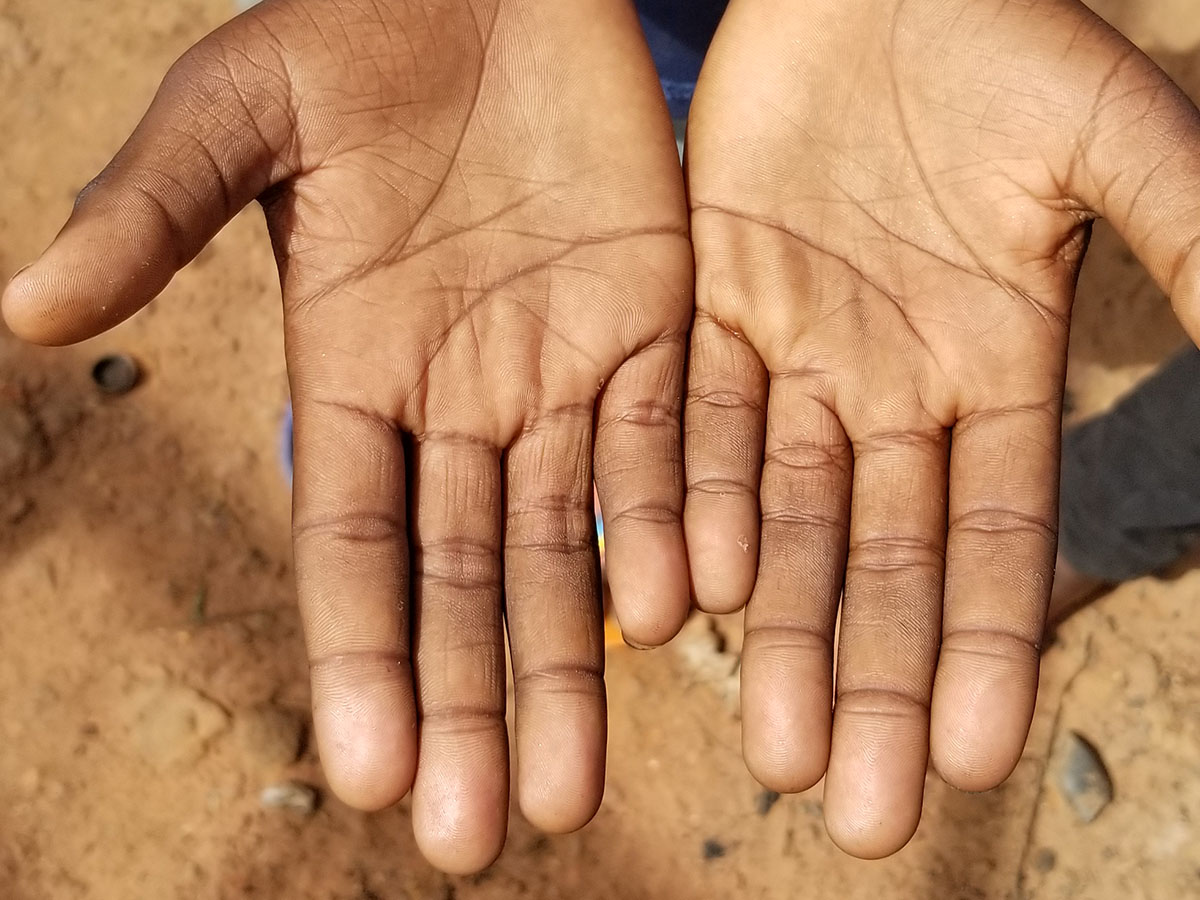 As the coronavirus outbreak hit Uganda, the Shule Foundation immediately purchased 20 liters of 70% alcohol, spray bottles, hand soap, water tanks and a thermometer. Enlisting doctors' help, we hit the streets to educate street-connected children about COVID-19, social distancing, and other ways to protect themselves from contracting the virus – including how to properly wash their hands following World Health Organization guidelines for hand hygiene. Shule set up handwashing stations in areas where homeless children live and continued to conduct COVID-19 outreaches day and night, through March 31.

As the government began implementing directives (social distancing, closing of shops, etc.) to combat the spread of the virus, the children's ability to make a living began to dwindle – leaving them unable to purchase something to eat. Going days without eating, the kids started to lash out at each other and wounded other boys in several cases. Shule was there to make sure each child received proper medical care.

The Shule team cooked and distributed food at our skills training center in Kisenyi Slum. We implemented government safety guidelines, such as limiting the number of children allowed in at once, maintaining social distancing measures, taking temperatures, and making sure the kids sanitized their hands upon entering and leaving.

As the days passed, local authorities began to brutally attack homeless children, scared and tired of the abuse the kids dispersed to nearby slums. With children now scattered, we decided to bring the food to them. We started packing food in plastic bags, and distributing meals to children on foot and increased the total number of meals served from 130 to 220 per day.

It is illegal to feed street-connected children in Uganda, and under the president's directive, anyone caught handing out food would be arrested and charged with attempted murder. As kids began to starve, our objective was to get permission to legally feed the homeless children for the duration of lockdown, so that more children could be reached.

Jacqueline contacted Dr. Richard Walyomo, Head of Surveillance for COVID-19 Task Force for Kampala Capital City Authority. Understanding the concerns and impact if the children were left to fend for themselves, Dr. Walyomo connected with Charles Sserunjogi, Mayor of Central Division Kampala, who was willing to listen to Shule's concerns and interventions.

Jacqueline asked for two considerations: 1) Allow Shule to feed the homeless children; and 2) Identify a place where Shule could quarantine the children until the lockdown ended.

Children began showing up looking for refuge. Unable to turn them away, we converted our skills training center into a quarantine center. Children had to commit to staying at the center throughout the countrywide lockdown. Those expressing interest in going home were guaranteed resettlement once transport resumed.

KCCA granted permission for Shule to legally feed homeless children living in Kisenyi Slum, while the government took up the search for a quarantine center for street kids.

Our first public food distribution took place outside a community center in the slum, run by local leaders, with proper safety measures in place. The feeding program was a huge success, proving to KCCA we are equipped to manage such an initiative while working within the guidelines handed down by the president of Uganda.

Public feeding continued for 10 days. Shule also handed out an additional 100 -150 meals to children residing in other slums.

Unfortunately, the task force's first attempt failed. They lacked the necessary items to properly care for the children – mattresses, plates, food, cups, sporting equipment, games, etc. The children were fed and released until the task force was better prepared.

On Easter Sunday, which coincidently coincided with International Day for Street Children, Shule Foundation in partnership with the Mayor, KCCA and other NGOs, successfully moved 200 kids into the school to wait out the remaining days of the lockdown.

Uganda is a country where street-connected children's rights are often violated. Throughout the lockdown, Shule remained involved at the quarantine center to monitor the well-being of the children. Our role at the center was to counsel and interact with the boys and engage them in extra-curricular activities such as chess, card games and other creative activities.

With a total of 180 children remaining at the quarantine center, all children under 15 were relocated to registered homes, with the intent of resettling those who wanted to go back to their families and the rest would remain in their respective houses for the time being.

May 18, 2020: Older children relocated to an educational center.

The remaining 62 children were moved to Uganda Children Center, a technical and vocational school. The boys who stay will be enrolled in vocational training for free once schools reopen.

As Kampala began to reopen slowly, Shule ended the on-foot feeding program and decided to focus on the kids who remained in quarantine at the center.

After having assessed the boys throughout quarantine, Shule began taking those who were ready and willing to go home — opening up space for new kids to get off the streets.

During this time, Shule:

As the country reopens and adapts to our new normal, Shule is making adjustments to our regular programs to meet the guidelines implemented by the Ministry of Health of Uganda.

We continue to provide emergency medical care and quarantine small groups of boys for an extended period and are resettling those who are ready to return home.

We are working to resume our feeding and showering programs. And, through our outreaches, we continue to educate street-connected children on the importance of social distancing and how they can best protect themselves from contracting COVID-19.

For the boys in Shule's Sponsorship Program, we have hired individual tutors to keep up with their studies as schools remain closed. The boys' goal is to be promoted to the next grade when they return to the classroom in 2021.

How can you help? Your support will help our team continue these essential programs, provide critical safety measures throughout the pandemic and ensuring the street-connected children of Kampala have access to regular meals, personal hygiene, education — and ultimately, the opportunity to leave street life behind.