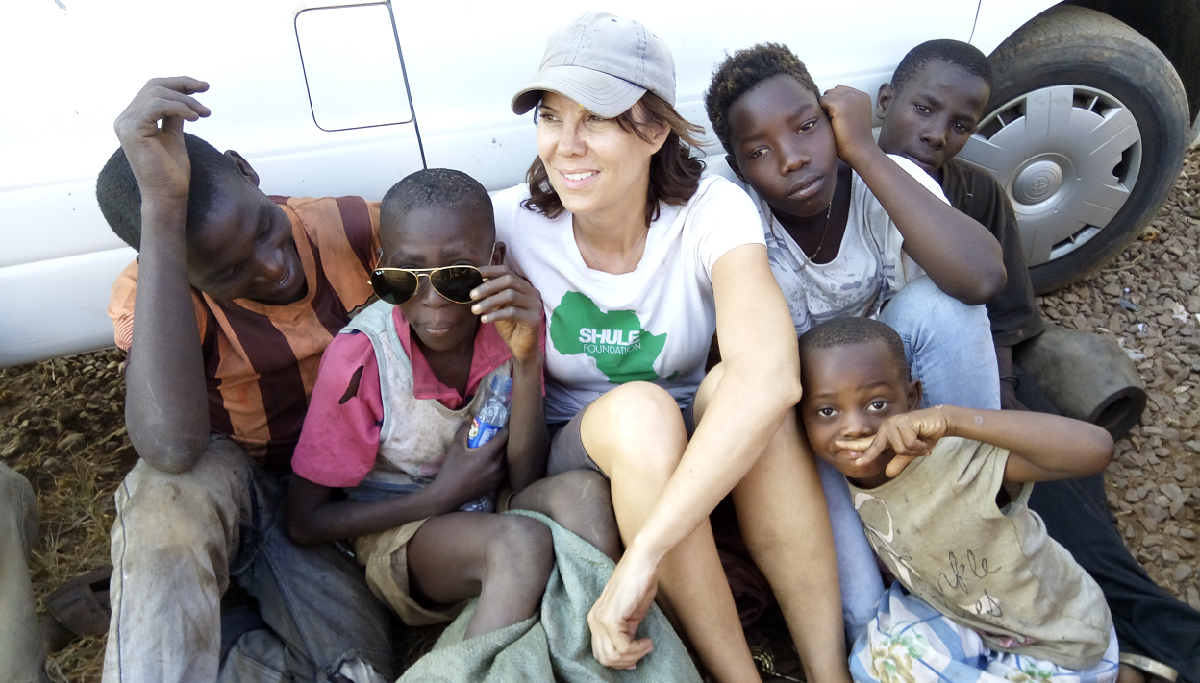 Posted on February 14, 2017 by Jacqueline Wolfson

Jackie Wolfson, is Co-Founder and CEO of the Shule Foundation. From New York, her passion is redesigning education across rural Africa and supporting humanity.

I along with Okello Kelo Sam co-founded the Shule Foundation because of our belief that every child deserves access to a quality education no matter where they live. Our mission is to expand the reach and availability of a quality education to provide global opportunities for the next generation of change-makers and leaders living in rural Africa.

Currently we are working in Uganda, one of the first countries I visited back in 2008. Because of the kindness and welcoming nature of the Ugandan people the country has become like a second home to me. It is only natural this is where we would launch our pilot project.

While in Uganda, I split my time living in the village of Jeeja, 3 hours north of the capital, where we own 20 acres of land, and Kampala. As the leader of the Shule Foundation part of my job it to get to the know the people we plan to serve and better understand their culture.

Recently, a friend brought the plight of the invisible street kids living in the slum of Kisenyi to my attention. Since I was going to be in Kampala for the holidays I wanted to do something meaningful with my time— so, we decided to throw the kids a Christmas party. That afternoon has forever changed my life.

Knowing nothing about the life of a street kid, the time I spent with them opened my eyes to their harsh reality. As some of the most vulnerable and marginalized children in the world their ability to acclimate and do whatever it takes to survive is extraordinary.

Over the course of the seven weeks I spent with the kids, besides feeding them, we sponsored a “Day of Beauty,” where we cut their hair, cleaned and clipped their finger nails and covered the cost for many of them to shower…some for the very first time in over a year. And when one of the boys got seriously injured I began cleaning and caring for the children’s wounds. A very small act of kindness seems to go a long way with the kids…as can be seen in the smile on Ashraf’s face. (This boy had been wearing the same clothes for over a year and had never taken a shower. I took this photo after he had just come from showering.)

Our plan is to get kids like Ashraf off the streets, into a rehabilitation center, reunite them with their parents/guardians, and get them back into school.

To learn more about the Shule Foundation visit www.shulefoundation.org

4 Comments on “Guest Blog — Act of Humanity with Jackie Wolfson”