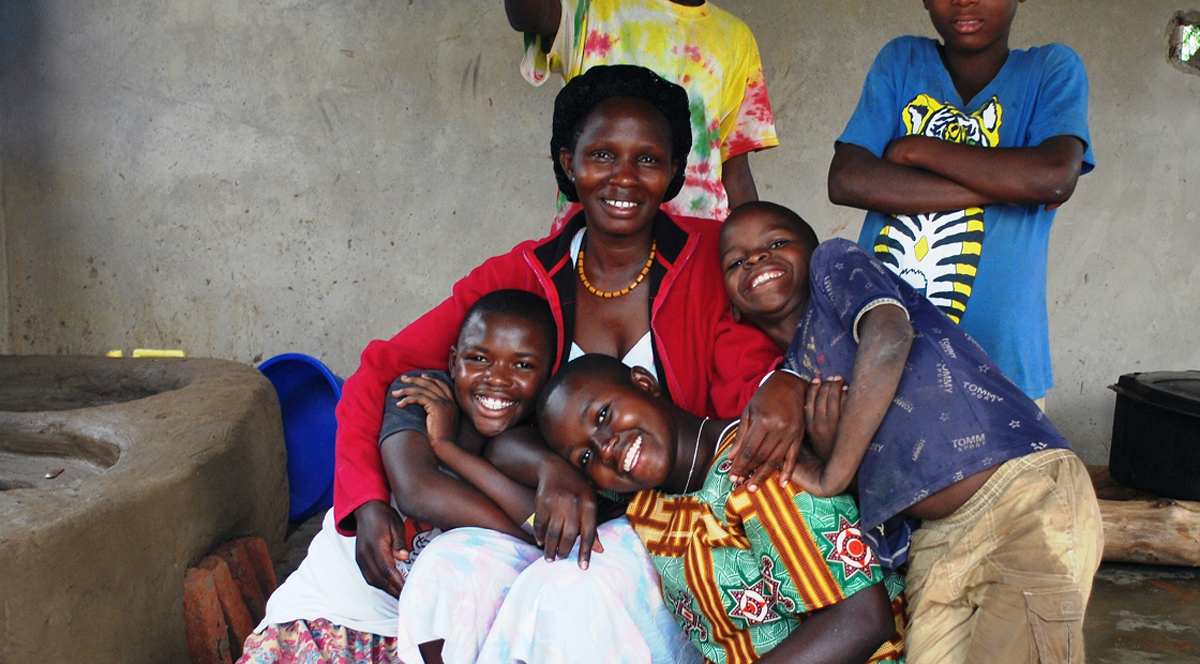 Posted on August 14, 2015 by Jacqueline Wolfson

This is my attempt to sort out what’s fact from what’s fiction:

Across the globe, in highly developed and technologically advanced countries, citizens look to Africa with clouded understanding. Many people misunderstand the culture, values, and way of life of the citizens living on the continent. I thought I knew what to expect when I made my first journey back in 2008. I did my best to prepare myself to be surrounded by immense poverty, starving babies with protruding bellies, parents who valued their daughters less than their sons prohibiting them from receiving an education, women living in the shadows of men, and wives along with their daughters forced to do all the chores. I was mentally ready to be besieged by despair and sadness. But what I found was nothing like I expected.

Seven years, ten countries, and fifteen trips later I am still searching for the Africa that is constantly misrepresented by the media, bureaucratic organizations, and the self-interests of “do-gooders.” Though that Africa does exist (I have experienced it), there is an Africa that is thriving.  The continent is also home to women and men that work together to raise their families, parents who proudly send their daughters to school, and boys and girls that are equally responsible for doing chores.  And in villages you think would be overrun by hopelessness and misery you can and will find joy, hope, and laughter. 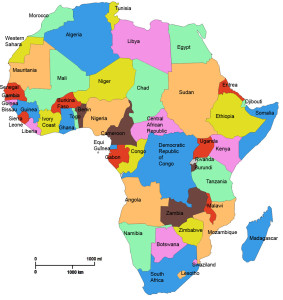 groups exist throughout the continent. Africa is incredibly diverse, and this incredible diversity should be embraced.

We at the Shule Foundation try very hard when talking about the work we are doing on the continent of Africa not to clump all of the countries together. We will see our students as representatives of these various cultures, and our inclusive school environment will encourage children from all backgrounds to learn from one another, promoting the importance of inter-cultural awareness, understanding, and acceptance.

2) Everyone in Africa is starving and impoverished.

Africa is often viewed as a continent condemned to extreme poverty and starvation. While Africa is certainly home to many of the poorest countries in the world, data shows that some of the fastest growing economies in the world are currently found in Africa as well. This phenomenon has been termed “Africa Rising” by many journalists, and a third of all Africans are now classified as “middle class.” While exact numbers vary depending on definitions, by all

classifications, the middle class is growing. One way researchers determine the growing middle class is by observing consumer habits, principally among which is the rising number of Africans enrolling in private schools.

Shule-built schools will contribute positively to Africa’s economy, both immediately, by creating jobs for Africans, and in the future, by educating Africans and providing them with vocational and technical training opportunities. We know that there is no reason that Africa should continue to be viewed as condemned to poverty, and we will be a part of making sure that it is not.

3) Africa is dangerous and violent. 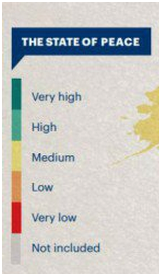 Often in the news, what we hear about Africa are stories of war, violence, and disease. This perception of Africa is disproportionately negative. Only 8 out of 54 countries on the continent of Africa are engaged in war; Nigeria, Central African Republic, Burundi, Congo, Libya, Mali, Somali, and Sudan/ Southern Sudan. In reality, there are plenty of very stable and safe areas on the continent filled with people who are welcoming and kind. 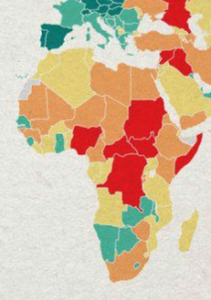 We at Shule want to emphasize all of Africa’s attributes, teach our students to be proud of their nationalities and heritage, and inspire them to become a compassionate and peace-loving generation of leaders. Education is key to future stability around the world, and by promoting integration and empathy as part of learning, we can form a more peace-oriented generation.

4) Africa is plagued by corruption.

One common fear when dealing with Africa is the question of where the money is actually going to end up. Because many countries in Africa are newly independent, corruption is still a struggle in some areas. Systems of corruption in politics take time to change. One of the best ways to combat broken systems is to educate the youth and provide job opportunities for the unemployed.

Shule-built schools will be tightly run and overseen, and all employees will be well-paid. The work we’re doing will help create an Africa which lives up to its potential.

5) People in Africa are “primitive” and don’t need to be educated. 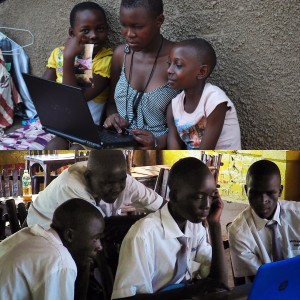 Girls and boys surfing the internet in UG

This damaging stereotype suggests that Africans are technologically backwards and innately incapable of “self-development.” It can also lead to the assumption that African parents don’t care about educating their children as much as parents in other parts of the world do, and that ultimately African children don’t really need education. Technology is actually widely utilized throughout Africa, especially in urban areas, with mobile technology proving to be especially popular. Many countries in Africa still lack resources, but they are in no way incapable of using what they do have. In fact, they have been innovative in many fields. Likewise, rural areas may lack the educational resources of urban centers, but no matter where parents live, they all want their children to get an education. One of the first things families choose to spend surplus income on is quality private education, which speaks to how valued it is.

Shule-built schools will extend access to a quality education beyond urban centers to meet this widely sought-after need.

By perpetuating the notion that Africa needs charity in order to develop and maintain stability, we discount the fact that Africans are often able to solve their own problems. Many Western efforts result in well-intentioned funds being invested in poorly-conceived, short-term projects which can do more harm than good. Many African countries are also reluctant to accept aid from Western governments due to the conditions which come with this assistance. One example: Malawi’s president, Bingu Mutharika, refused £22 million from Britain because of the economic and governmental reform guidelines that came with the money. The best way to help underdeveloped countries is to provide support in creating institutions which do not rely upon aid to continue, but instead by creating opportunities that will empower locals to forge their own futures.

Shule realizes that the most sustainable and empowering answer is a hand-up, not a hand-out, and that’s exactly what we intend to provide through our cost-sharing model and other income-generating programs at our schools. 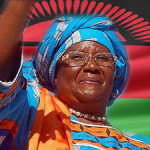 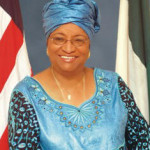 7) African women are repressed and undervalued.

While the fight for gender equality is a global effort, it is untrue that in all African countries, girls – and their education in particular – are not valued equally to boys. In fact, many African communities have a long history of holding women in high esteem and of women assuming positions of power. Rwanda actually has the highest proportion of female parliamentarians in the world. Case and point, in 2013, nearly 64% of all seats in Rwanda were held by women. In Uganda, the constitution mandates that Parliament is made up of one woman representative from each of the 112 districts. The current Speaker of the Parliament of Uganda is the first woman to hold this role: Rebecca Alitwala Kadaga, who was elected in 2011.

Shule will continue to ensure that all academically capable children are educated and provided with the tools to reach their full potential. We believe that boys should be educated to see girls as equals, and girls to see themselves as equals to boys, ensuring that the future generations believe in equality of the sexes.

8) “African” is a language. Over 1,000 languages are spoken across the continent of Africa. While this diversity is representative of the rich variety of cultures found throughout Africa, it is also important to realize that lacking a

continent-wide language can create obstacles. Not being able to effectively communicate makes efficient political and economic problem-solving difficult, and feeds divide. There are certain issues that can only be solved if all of Africa comes together. In Tanzania, Swahili was officially made the national language post-colonization, which has been linked to the country’s high literacy rates and levels of success in dealing with inter-ethnic tensions.

While embracing interaction between different cultures within our schools, Shule will also encourage the creation of a universal African language by supporting the use of Swahili. 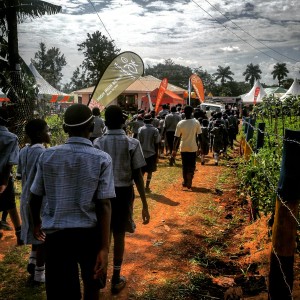 Education is highly valued throughout the continent, and for the middle and upper classes, quality education does exist. The problem, however, is that this education is almost exclusively limited to urban areas, which excludes an entire population living in remote villages. Moreover, many families cannot afford the tuition. Current demand for quality education is only going to grow, as by 2030, 41% of the world’s youth will be living on the continent of Africa.

Shule will help to fill this growing gap by expanding quality education into rural areas and by providing scholarships to ensure that academically capable students have the opportunity fulfill their potential and learn the skills needed to grow into productive global minded citizens. We plan to share our newly reformed national curriculum with other schools as well as open up our shadowing programs to any teacher who wants to improve their teaching skills.

I take the constant negative portrayal of the continent that I have grown to know and love very personal.  And though Africa still has many challenges to overcome, it’s very important for the media to highlight the continent’s successes.

I hope to inspire others to see the vast region and all her inhabitants the way that I do. Countries made-up of men, women, and children longing for a better life and peaceful existence.  Young people with dreams of becoming doctors, lawyers, politicians, entrepreneurs, determined to succeed and with the desire to give back. And we can’t forget about Africa’s beauty, from the beaches to the bush, its urban cities to village dwelling there is always something to marvel at.

You need not fear Africa and pity her people…you should be encouraged and in AWE.  #TheAfricaTheMediaNeverShowsYou

← PROCRASTINATION AT ITS BEST
Dear #FLOTUS…Let’s talk about your “Go to College” video. →